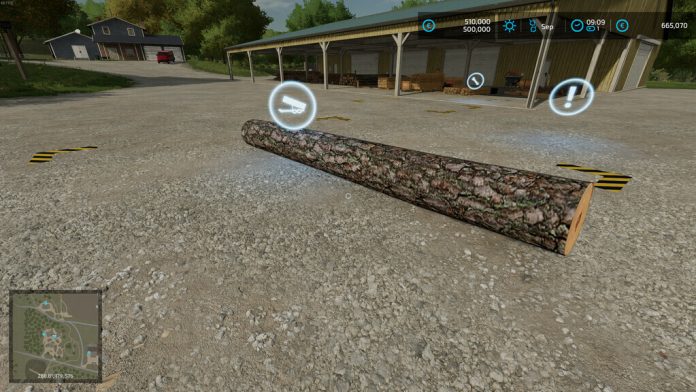 About the mod:
This mod allows you to limit the income for all farms to a certain daily limit.
What exactly can this mod do?
– Set a limit per day
– An increase of the limit if a farm has earned no money at all on a day
– A smaller increase of the limit, if a farm has earned only little money on a day
– All current limits of the farms are saved in the farms.xml in the current savegame
– All reset values for the limits can be set in the DailyLimitIncome.xml file in the savegame
IMPORTANT: All increased limits will be reset to the default limit as soon as you have earned a lot of money on a day.
What counts as income?
– Reward for missions
– Selling crops, bales and animal products
– Selling products
– Selling wood
– Selling animals
What can I not do once I reach my limit?
– Accept any missions on that day
– Nell crops, bales or animal products
– Sell wood
– Sell animals, although it’s still possible to sell animals, but not for profit
– The direct selling at production points is disabled once the limit is reached.
Can I still sell vehicles and equipment and trade with other players?
– Yes. Selling equipment or a tractor does not increase your capital
– When a player gives you money, it is his decision to move you forward
Ok, but what is the purpose of this mod ?
– Imagine you have a 24/7 server where players run their farms
– Some players have a lot of time and advance on the map accordingly fast
– Others have only time to play 2-3 times a week, basicly not much time
– Due to the limit, players with a lot of time are slowed down in their financial advancement and
– By increasing the limit, with no or little profit, it is possible for players with less time to catch up with the other players
Version 1.0.1.0:
* Reworked the HUD. Now it is placed left to the standard HUD instead of below