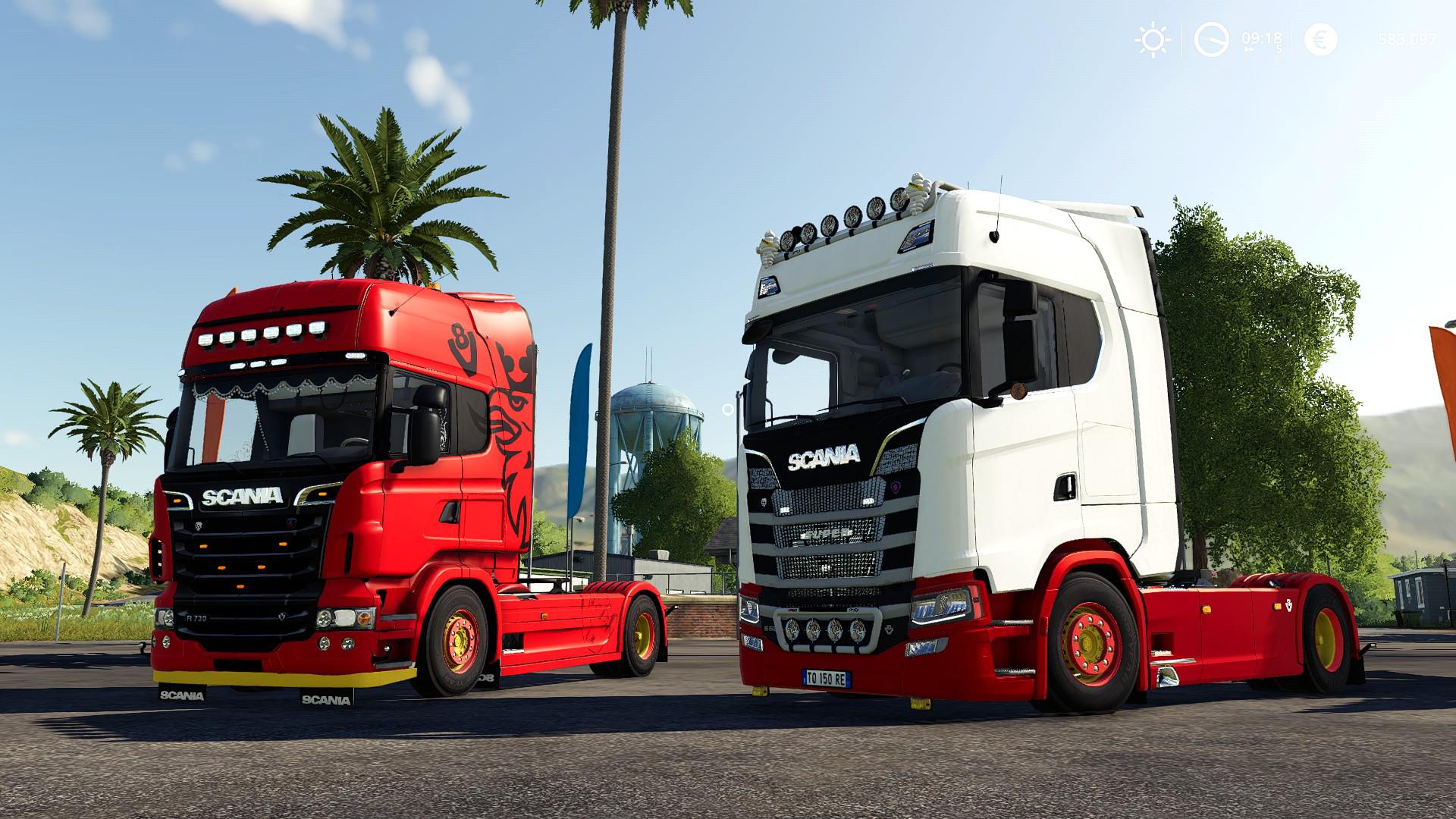 FS19 Scania S580 Custom (Original version) v1.0.0.0
Hello, i didn’t want to release this, because it was just an edit, but i saw someone else released it to gain money from it, so i decided to release the original version with all credits and original links.
It is the Scania S580 by Alx edited by me (Crownzilla)
This is the origina info for the mod.
** RELEASE ** READ BEFORE DOWNLOADING Hello, this is my first edit. It is ScaniaS580 “Only Way Is Dutch” style. Please read the following information before downloading! Thanks! First of all i want to thanks to couple of people: Cole Ashlock Daniel Triepel helping me with the lights GTX (the creator of the LightExtension) for helping me with the LightExtension script coding! Ifko (Nator) for fixing the problems i had with the addConfig script! Also huge thanks to Aaronamy Gregory,Lorenzo and v8ktr for the help and testing! Now, what has been done to the truck: -New lights -New wheels -New sounds -Custom beacons/strobes -Hydros IMPORTANT: This is just an edit and i don’t take any credits. The original mod is from Alx and the parts are from FS-truckers (FB page) With that being said i would kindly ask you to keep the downloading links only in the group. Thanks! NOTE: The mod is NOT Error FREE! It has an error with the wheel’s radius but it doesn’t affect the gameplay! Also the truck doesn’t destroy the crops. I couldn’t fix it… This is my first edit so it is not the best… I did most of the things on my own… So if you don’t like it, don’t download it. I don’t know if im gonna release future edits/mods. There are 2 versions of the truck. The trucks are the same, they only have different sounds! Hope you will enjoy them!