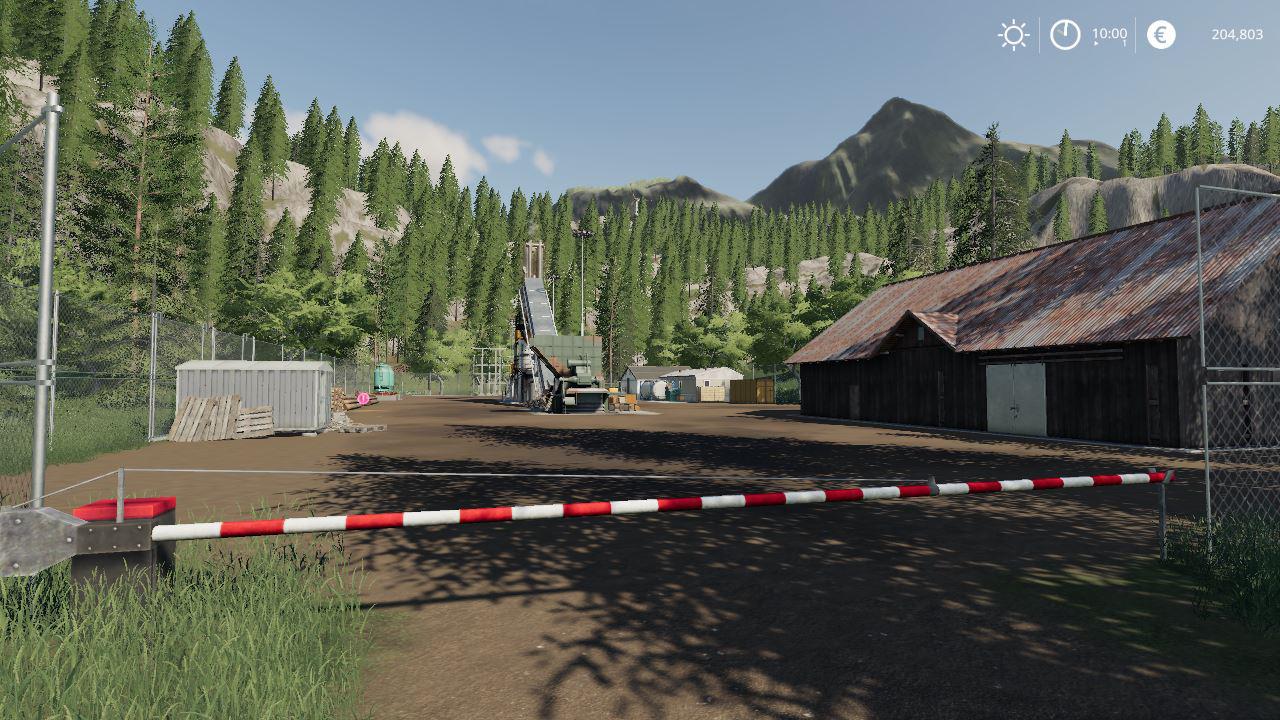 FS19 Fenton Forest v1.0 By Stevie
Note a new save game must be created do not use a save from the test map 2.
The main farm is designed and built into the map and is not removable by the user in game.
If you have the test map 2 delete it from your mods folder first then place the downloaded zip into your mods folder, load and play.
The map works perfect in all 3 game modes.
Many settings for detail, draw distance, shader’s, LOD, and lighting have all been customised for our PC’s which are high end and run Nvidia 1080ti graphics cards. Game play locked at 60 fps with all the settings on the highest available. The map will play on lower spec systems but may not look or play as it was intended.
The map has all animals installed at the main farm. The Silo holds many items including milk and also farm supplies on the riverside which can be purchased at fair prices. Manure, digestate and liquid manure storage has been added to the Farm. It can also be purchased from the tanks near the house including herbicide. Manure sales are at the maps central placeable area. The wool can be sold on the farm sheep zone and at the spinnery in town. The map has a huge natural forestry section but it will cost you a pretty penny to by. The BGA has sunken a sunken high capacity tip point and is included with the farm. The map has a selection of square and shaped fields, placeable areas, several selling points, train, train silo storage, wood cranes for loading and unload logs to the train, sawmill and heating plant. The animal dealer is next to the train mill and you can also sell animal supplies there including water, feeds and bedding. The dairy is just before the BGA for selling milk, the farm has bale and windrow sales and a vehicle repair and cutomising shop by the farm house. The map starts off with animals and a good selection of great equipment far better than basic. You also have supplies in the silo to get started. The farm buildings generate solar income it’s not much but helps towards running cost’s. Don’t be fooled into thinking you have mucho money even selling off the starting equipment as the map will eat what you have. Have fun with it regards Stevie.