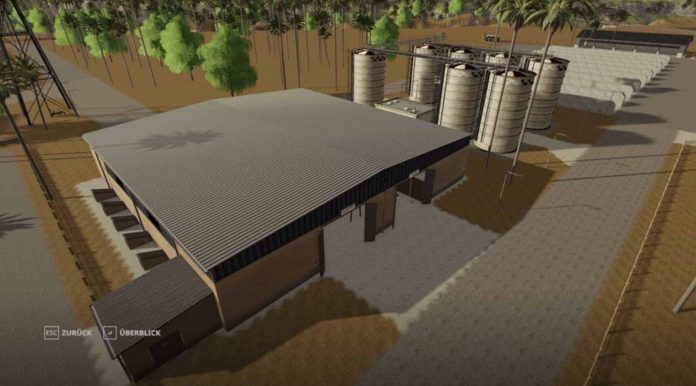 Cornbelt 16x Beta v0.9.5 – FS19Changes Cornbelt 16-fold Beta by ANDYsMODDING Update to version 0.9.5
revised! Missing grass on the fields and the roads has been added!
revised! Most of the textures have been adapted to the LS19!
revised! The farmlands have been redesigned and from now on you can also buy the road network!
revised! PDA map has been revised again! (not finished yet!!!)
fixed! Missing entries in the language file have been added!
You can report errors via my DC server.
The mod pack may only be changed with the written consent of ANDYsMODDING!
It’s finally here! The first beta version of the Cornbelt is released and am very excited to see your reaction and comments. The goal was really just to reactivate the productions from LS17. But somehow it has become much more of a change than I had originally planned.
At this point I would like to thank Kastor again, that I was allowed to change his map and make it available for you to download. Also a big thank you goes to the FED Action for letting me use his europalettes and the boardpalettes. Last but not least I want to thank the testers of the map, the Maik, John and the Daniel.
Now for the details of the map:
It is still a 16x mod map
There are only 65 hexes
now.
There are now 11 forestry areas
instead.
3 BGA’s
There are a total of 7 purchasable industrial areas, with only 4 productions currently available
There are 17 outlets on the map
And many products that are Global Market Ready.
The following mods are recommended but not required:
AM tuning pack
AM Placeable Pack
AM Production Pack