The first thing we need to cover is when the Farming Simulator 21 trailer will come out. We do not have a definite date, but we can estimate pretty well based on previous games. So, we know that Giants Software postponed the release of farming simulator 21 because of the next generation consoles, and they wanted to see what they could. That was nearly a year ago. So, we should be expecting to see some kind of trailer or announcement soon, at least in the next month or so. I estimate that we should expect to see a farming simulator 21 trailer in around April or May. This is just an estimate. Do not think this is certain however this is very likely. The next generation consoles have been out for around 3 months at this point so they must have started some work on the game, which means a trailer is in the near distance.

We should expect to see this as an announcement trailer, so it will most likely not be gameplay but rather just showing some key features of FS 21. So this may show a new brand, a new mechanic in the game, or even show off some of the maps. The soonest we will see this trailer will be April, but it will most likely come out in mid-spring, so May or June.

*That is an affiliate link above, every purchase made from that link makes me some money!

Get PC GAMES up to 95% OFF:
| USE CODE ‘matt’ AT CHECKOUT FOR A DISCOUNT!
*Using my code makes me a small amount of money with each purchase!

What Is Farming Simulator 19?

The largest agriculture machinery company in the world comes to Farming Simulator 19!

We are happy to finally unveil the highly anticipated John Deere brand, joining the largest garage ever in a Farming Simulator game.

Farming Simulator 20 will feature, at launch, three distinct open worlds in which to develop and expand your farm, in solo or with friends: two entirely new environments will soon be revealed, as well as an all-improved version of the South American environment, which has been overhauled to take advantage of the new engine’s capabilities.

Disclaimer:
Any companies or codes I promote above are affiliate links. For every purchase made with them I make a small amount of money. Thanks… #DLgamerpartner #Nitradopartner #Epicpartner #ad 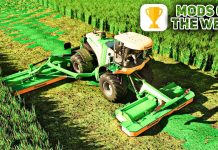 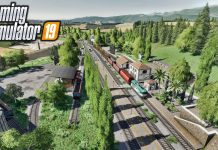 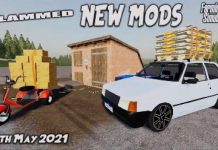