I’ve had tons of recommendations to start a real-life series in Farm Sim. I have the 8110, 9560 sts, Kubota 95-2, 1760 Planter, 30 Foot field cultivator, 2017- F-250, tilt deck trailer. I think I pretty much have all the equipment, now we have to decide on a Farm. I could potentially build a farm from scratch also! Comment down below what we should do for a farm!

MODS (Places where I get mods)

(No Ads on this site at all, site is hosted by me)

(Has a few more mods then Mod-network)

(The best truck mods and other misc mods out there!)

(Good equipment comes from this group)

How to Install Mods-

*I have stopped linking specific mods due to reducing the risk of releasing a private mod. I will not send out any mods at all or answering any question relating to “Where did you get this mod”, as the mod can be found in the above links if it is public*

You can buy the game here (PC version)-

No, you can not get any of the good mods like I have. There’s a few little mods you can get for console

3. Where do you get your mods?

4. Why is it called the Squad if it is only one person?

This channel started out as a couple of people as it moved to Farming simulator it just ended up being me (Grant). I now have my brother (Spencer) in some videos too so I thought I would keep the name “The Squad”.

On most Livestreams, I keep a couple of spots open for people to join. The Livestreams are usually every Saturday at 5 pm Central Time. To join the live stream you must have every mod I use on that server. Most of the time I let you guys know what mods you will need for the livestream the day before (so Friday). 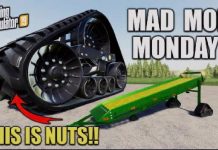 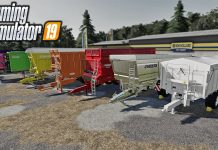 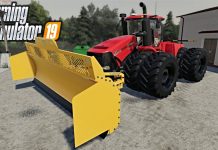