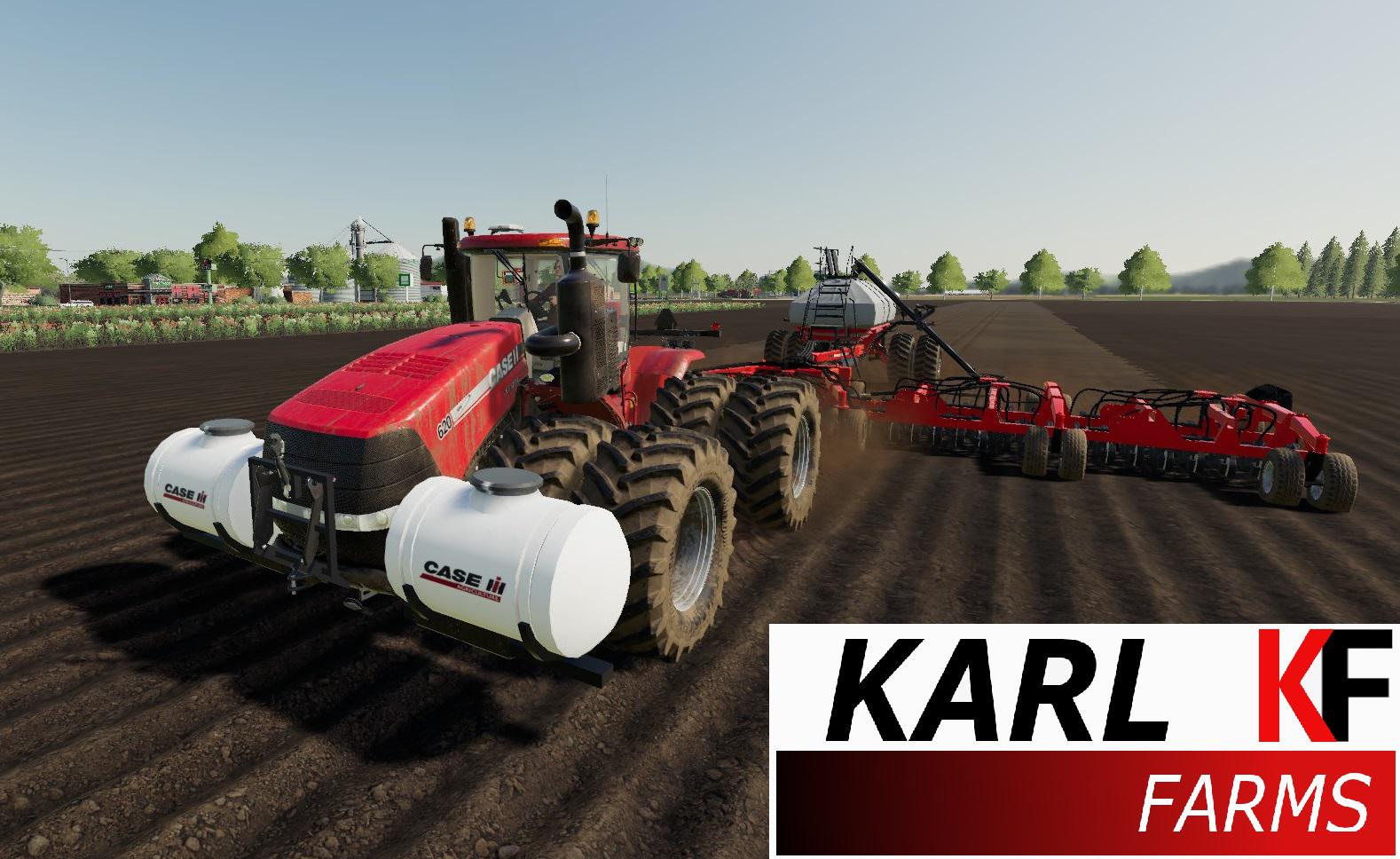 FS19 CASE STEIGER V1.1
​This an updated version of one released by “vFAITHv” and “JASON” with NO ERRORS
To get frequent develpoment updates and early access to future releases/mods, check out my facebook “KarlFarms”
v1.1 Change Log:
New Wheel Configs to replace old ones:
– Single 710, 710 Weight, 900, 900 weight
– Dual 710, 800, 900
– Triple 520, 710
Modifications:
– Added z rotation in articulating joint to allow lateral movement when traversing hills/bumps
– Added additional lights on the sides and front of the tractor
– Added Steiger weights to vehicle store configs instead of it being its own entity
– Added rear quick connect 3 point hitch
– Modified sound from the original quadtrac
– Increased dirt accummulation rate to match quadtrac
Seat Camera installed:
– Camera will move with seat suspension
Fixed issues with multiple parts, decals, and lights not moving with cab rotation
Added compatibility to attach saddle tanks to the front
– Case IH saddle tanks are included and can be found in the store (4000l)
– Saddle tanks are NOT COMPATIBLE with the sprayer usage mod
– Saddle tanks MAY NOT BE VISIBLE IN THE SHOP MENU, but they will be at the store when purchased
– Saddle tanks can be attached while weight config is applied (for now)
I have lots of plans yet for the Steiger, so stay turned for updates! Let me know if any issues are found. Enjoy!